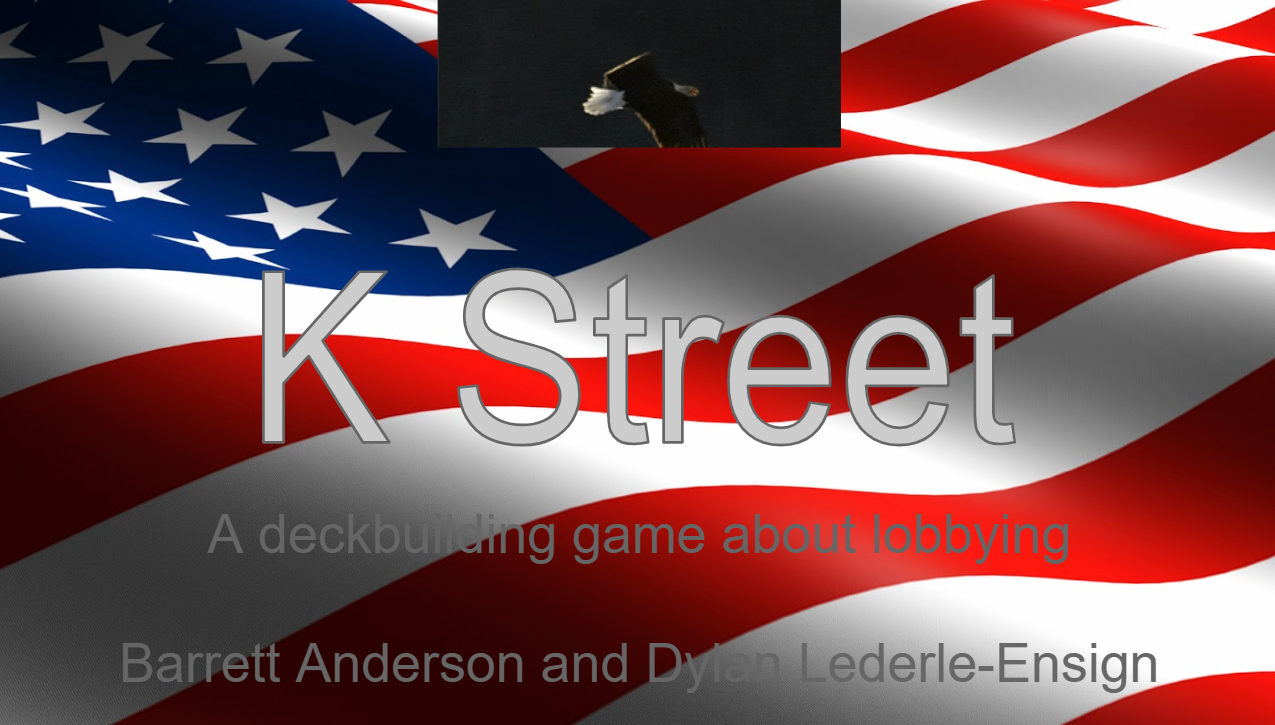 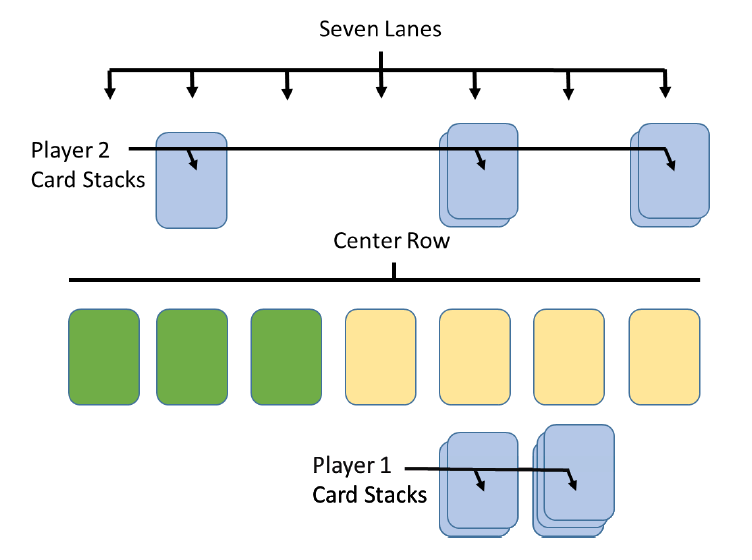 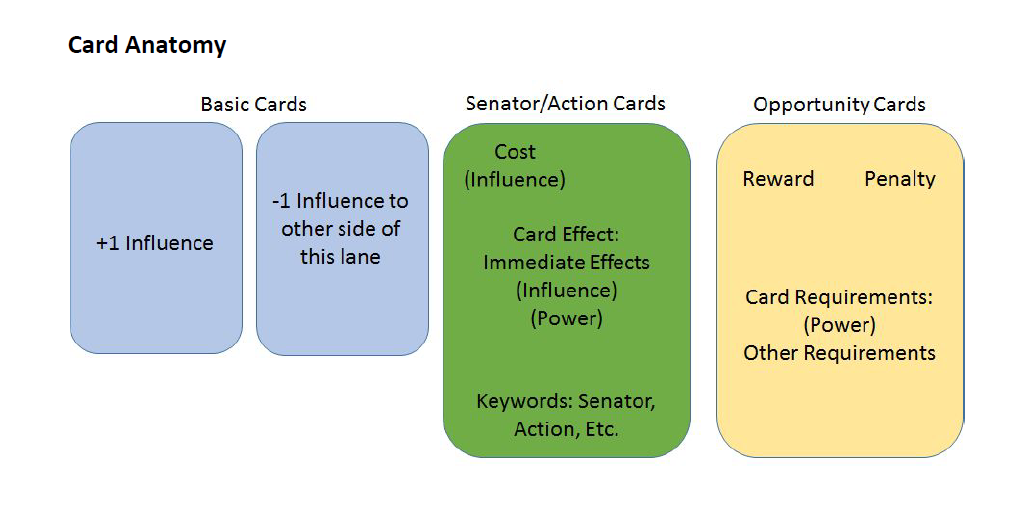 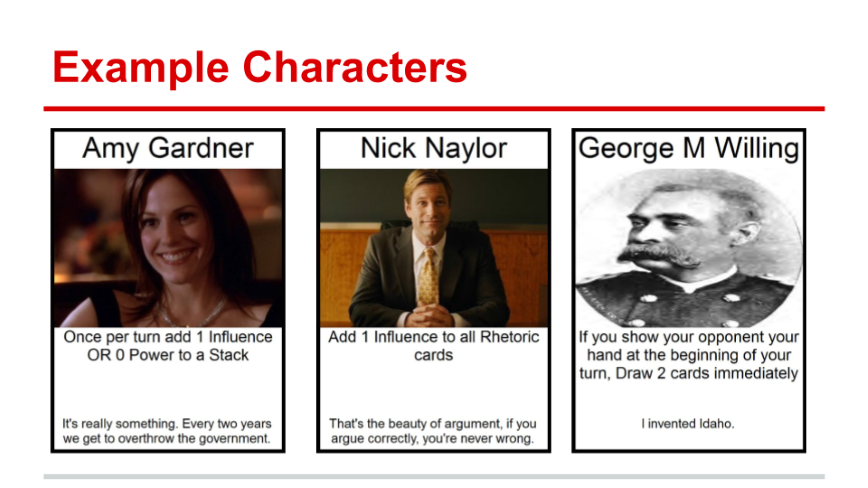 Summary: A deckbuilding cardgame with a political lobbying theme and a bluffing mechanic.

Process: The game was created for a playable media course at UCSC in Winter 2015, and was improved over several rounds of criticique and playtesting. We chose a modern political theme in contrest with the common science fiction and fantasy themes in the majority of deckbuilding games avaialable at the time. This theme guided us to experiment with a bluffing mechanic, which resulted in a game with more counterplay and player interaction than others in the genre.

Technology: Cards were prototyped with nanDeck.

Outcomes: The game instructions are available here, and a print-and-play prototype deck here.